With nearly 30 years of experience in the mortgage finance and financial services industries, Judy Harp brings a wealth of knowledge to NCS as CEO. Harp began her career in mortgage finance with Great American Bank, now Wells Fargo, as Manager of Consumer Loans. Harp has an extensive background in title as well as sales and marketing. 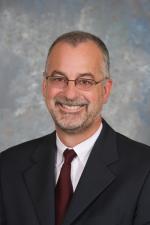 In his role as Senior Vice President National Accounts, Chris Scott is responsible for developing and maintaining relationships with national and regional lenders and other title agents for the provision of title, settlement, appraisal, and other related services. He joined Placer Title Company in 2010 and previously managed the REO Division in Fresno, CA.

Prior to that, Chris spent 2 years in the software business consulting for a number of industry related clients.

Sean Tucker has been with Mother Lode Holding Company since 1991. Starting as a marketing representative for Placer Title Company, he became El Dorado County Manager in 2001, with the addition of Amador and Calaveras Counties in 2014. He joined National Closing Solutions in September of 2017.