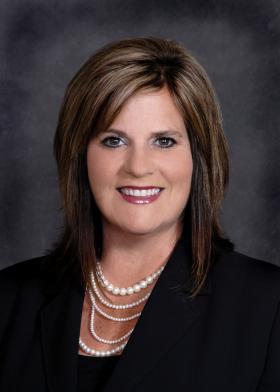 Lisa Steele has been in the title and escrow industry for over 25 years on both a national and local retail level. Ms. Steele began her career in the industry in sales and through the years has developed extensive experience in the industry serving as an Escrow Officer, Commercial Division Manager, Sales Manager, County Manager, Reverse Mortgage Division Senior VP, as well as Marketing/Communications Director. She joined the executive team in 2013 as Executive Vice President. In 2021 Ms. Steele was appointed COO of Mother Lode Holding Company.

Ms. Steele currently serves on the board of directors for the California Land Title Association, is vice-chair of the Agents Section for the American Land Title Association and holds numerous committee positions. Ms. Steele frequently speaks at local and national conferences on many subjects relating to the land title industry.

Ms. Steele grew up in the Sacramento Region, attended Cal Poly San Luis Obispo and then returned to the Sacramento region to begin her career and raise her family. She enjoys running and spending time outdoors and also serves as an advocate for ovarian cancer research and funding to find a cu